Saints’ Owner’s Will Excludes Most of His Family 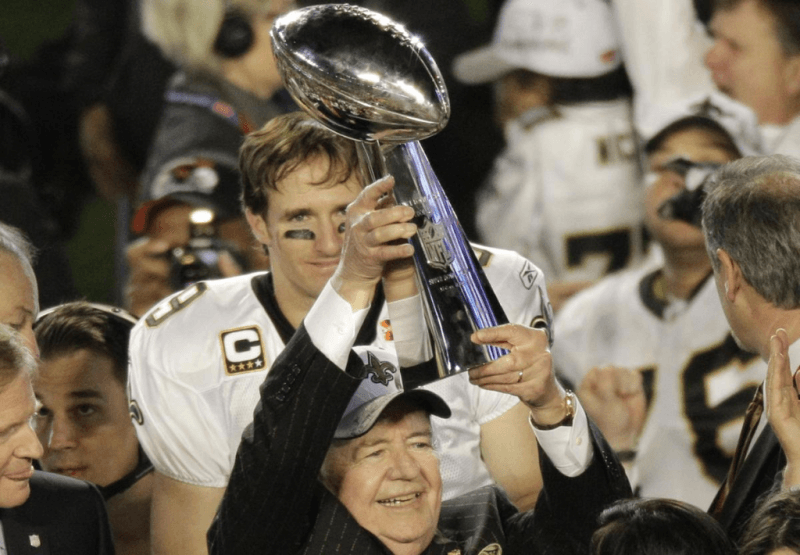 “The last will and testament of Tom Benson excludes his daughter and her children by name from any role in running a reportedly multi-billion-dollar business empire that includes the Saints and Pelicans.  However, it doesn't affect many million dollars' worth of property that they received before he died.”

New Orleans' professional sports team owner Tom Benson's last will specifically states who was in and who was out of his inner circle late in his life, say KPVI, in the recent article, “Though excluded from his will, Tom Benson's daughter and grandchildren received much from family patriarch.”

Following Benson's death, court records indicate that his third wife Gayle became the sole beneficiary of an estate controlling New Orleans' NFL and NBA franchises, as well as the Dixie Brewing Co. There were other valuable businesses or properties in the estate: three car dealerships, the site of Benson Tower and Champions Square, a $3.6 million Uptown mansion, a racing stable and a parking lot used by fans attending Saints or Pelicans games.

As the will reads, daughter Renee Benson, granddaughter Rita LeBlanc, and grandson Ryan LeBlanc received nothing further. They were parties in a complex, two-year court battle that began in 2015 after a falling out with Benson. The three were left with control of three car dealerships, bank branches and a hunting ranch in and around San Antonio.

Louisiana law allows relatives up to five years to decide whether they want to challenge the validity of a will. The allegations are typically that the deceased was either mentally incapacitated or subject to undue influence in making the will.

However, the estate planning attorney who helped Benson prepare his will, Paul Cordes Jr., said he's confident the document would survive a challenge. Benson's will was drafted only a few weeks after a New Orleans judge found Benson was mentally fit enough to handle his own affairs, which Renee and her children had denied in a lawsuit filed in 2015.

Although Gayle is the sole beneficiary of her late husband's estate, Saints and Pelicans President Dennis Lauscha is the administrator.  All of Benson's property was placed in a trust, the governing terms of which haven't been made public.

The trust's rules may detail the line of succession in case Gayle passes away. She's 71 and has no children. However, these trust rules are only required to be publicly released under very specific circumstances, like when the trust itself came to own land.