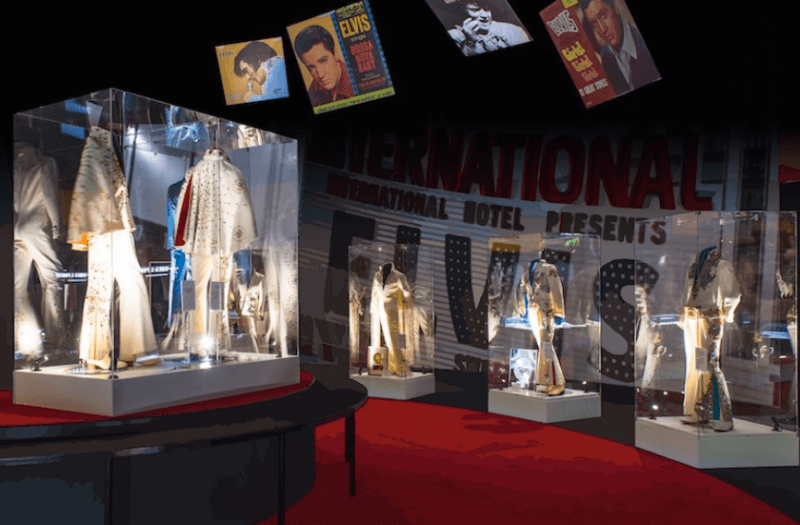 “Hundreds of Elvis Presley artifacts and memorabilia are still being held by a Las Vegas casino, a year after the King's estate filed a lawsuit to get those valuables back from a short-lived exhibit.”

The Westgate Las Vegas Resort and Casino's chief operating officer Mark Waltrip said that Elvis Presley's artifacts and memorabilia, which include stage outfits, jewelry, and letters, are locked up at the casino, where the now-closed “Graceland Presents Elvis” attraction once stood.

According to Trust Advisor's recent article, “Casino Still Holding Elvis Presley Items Sought By Estate,” the dispute arose from the 10-year leasing agreement that Westgate says the exhibit defaulted on when it vacated the casino. Last year, a judge ruled that Elvis Presley Enterprises, which runs the Graceland attraction in Memphis, Tennessee, could retrieve the items by posting a $9 million bond while the leasing issue was pending. Instead, the parties decided to take their dispute to arbitration. Waltrip expects a decision in a few weeks.

The Westgate took control of the items in February of last year, when the attraction closed. “Graceland Presents Elvis” included a museum exhibit, a wedding chapel and a theater. The attraction's operator abruptly said it was quitting. The casino believes this move was the result of poor attendance and poor marketing and promotional efforts.

At that time, the Westgate said the “Graceland Presents Elvis” exhibit was defaulting on its lease. The casino claimed that it spent millions of dollars reconfiguring the space. It said it was holding the items to recoup money owed as part of the leasing contract. The estate responded by filing an action to retrieve the items it said the casino seized with no legitimate legal basis.

Graceland Presents Elvis was open less than a year. It debuted with great fanfare in the same casino where Elvis performed several hundred shows.  At that time, it was known as the Las Vegas Hilton and The International. The exhibit was billed as the biggest display of Elvis memorabilia outside of Graceland.

The attraction included a 28,000-square-foot exhibit featuring a rotating display of Elvis items, such as the $1 million-a-year tablecloth contract that Elvis signed to perform at what's now the Westgate and the two-piece black tunic and single-button black suit that he wore for his first performances there. In addition, the Presley attraction also contained an Elvis Presley wedding chapel. The chapel was featured on NBC's “Today Show” when it hosted its first ceremony with Elvis' ex-wife, Priscilla Presley, who was the bride's surprise matron-of-honor.